Tennis is a complex and fulfilling sport

Tennis is a great challenge for the body and mind.

Skills that you acquire during tennis training are valuable companions for a fulfilled life.

There is no age limit to either start or stop.

Everyone can be successful and develop within the set goals.

Sport challenges the brain to calculate an action to be taken. Calculating the chess game is easy. The number of possible solutions is strictly limited. Hence, a computer wins against the best players in the world. Calculating the trajectory of a ball caught straight out of the air, on the other hand, is much more difficult. It is even more complicated to calculate the trajectory of a ball that hits the ground once before it is caught. In order to really challenge the human brain, one can also offer the option of "flying out of the air" or "jumping up from the ground". It will certainly take some time before there are computers that can solve this highly complex arithmetic problem that the human brain has to calculate in fractions of a second in tennis.

There are sports in which you move in one direction, for example running. From a mathematical point of view, this is a movement along the X axis in a positive direction. The brain is therefore challenged to control the body's motor skills in a single direction. In tennis there is a much more complex control: on the X, Y and Z axes. The movement takes place in 6 directions:

The coordination performance in tennis is therefore 6 times higher than in running.

Many sports leave little time to reflect on current events due to constant high physical performance. In tennis, the duration of physical activity during a match is approx. 30% of the total time. The rest of the time is spent picking up the ball, preparing, concentrating or taking breaks. There is a lot of time to think. It is well known that those who have a lot of time to think also find many problems.

Tennis trains a special challenge here, on the court, on your own:

There are sports where performance depends entirely on the athlete, for example golf. The ball lies quietly on the ground, you have all the time in the world and can take the stroke in peace, nobody disturbs the developed strategy. It is different with tennis: Here someone is lurking on the opposite side, one or the other has only one point: thwarting the other's strategy in order to leave the court as a winner. Tennis is a sport while

In tennis you don't see yourself, you only see the player opposite. The subconscious can play the trick on us that we begin to think that our way of playing looks like the game of our counterpart. If there is a good player on the other side, that can be an advantage. It is difficult when there is an immobile player opposite who returns every ball in a high arc.

Tennis is a sport that

There are sports in which the number of design variations is manageable. When cycling, the left or right leg is alternately moved - tied to a predetermined crank movement by pedals. In tennis there are a variety of design options:

Within this, the player can also decide whether the ball should be equipped with a twist (top spin or slice) during flight and in which direction (cross or longline) the ball should fly. This number of usable possibilities trains creativity and the ability to combine.

Time plays an important role in almost all sports. The winner is the one who has covered a distance after a certain time or has scored more points than the opponent. Anyone who falls behind within the period will find it very difficult to catch up. For example, if a team is 4-0 down in soccer, the chances of victory are slim. It is different with tennis: there are wins in small units ("Games"), which then lead to partial successes ("Sets"). The whole match is only won by winning two (or three) Sets.

This special way of counting represents a challenge to the athletes' motivation. Even after a clear loss of the first Set (e.g. 1: 6), it can sometimes be observed that the winner of this set falls behind. The other player starts dictating the game and wins the second Set. This leads to a tie (1: 1). Although at this point the game has been played for over an hour, both players now have the same chances as at the beginning of the game.

Due to the lack of time and the achievement of victory by winning individual stages, Tennis represents a great challenge to motivation. 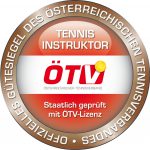